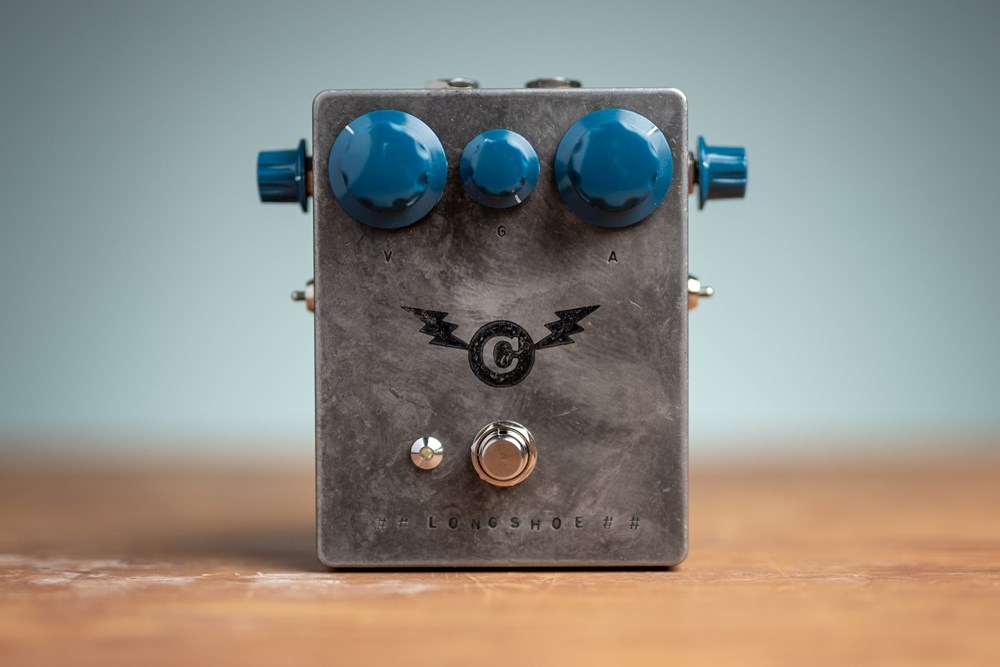 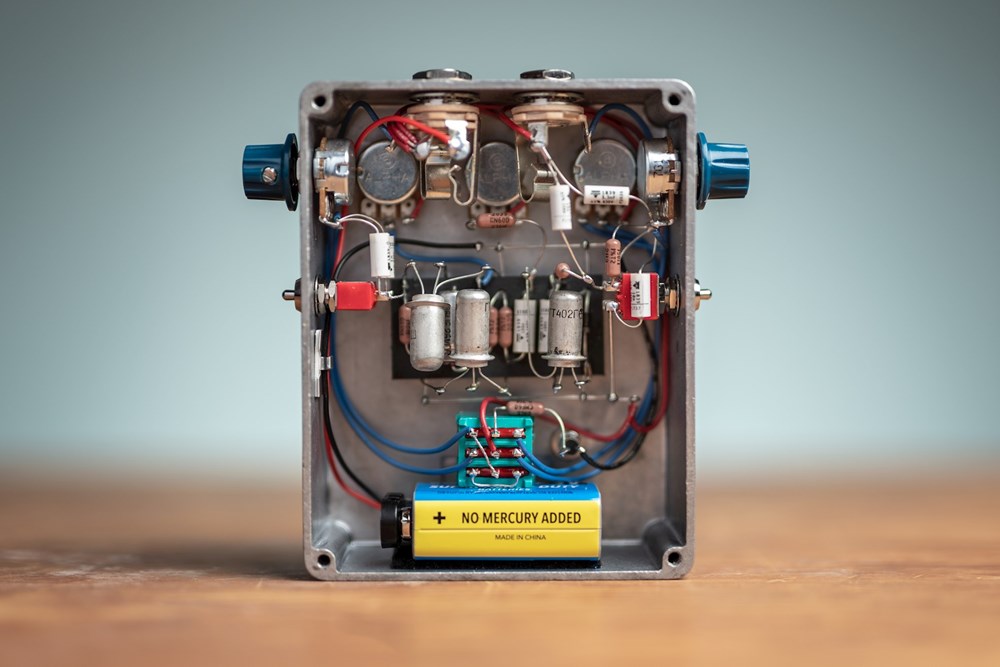 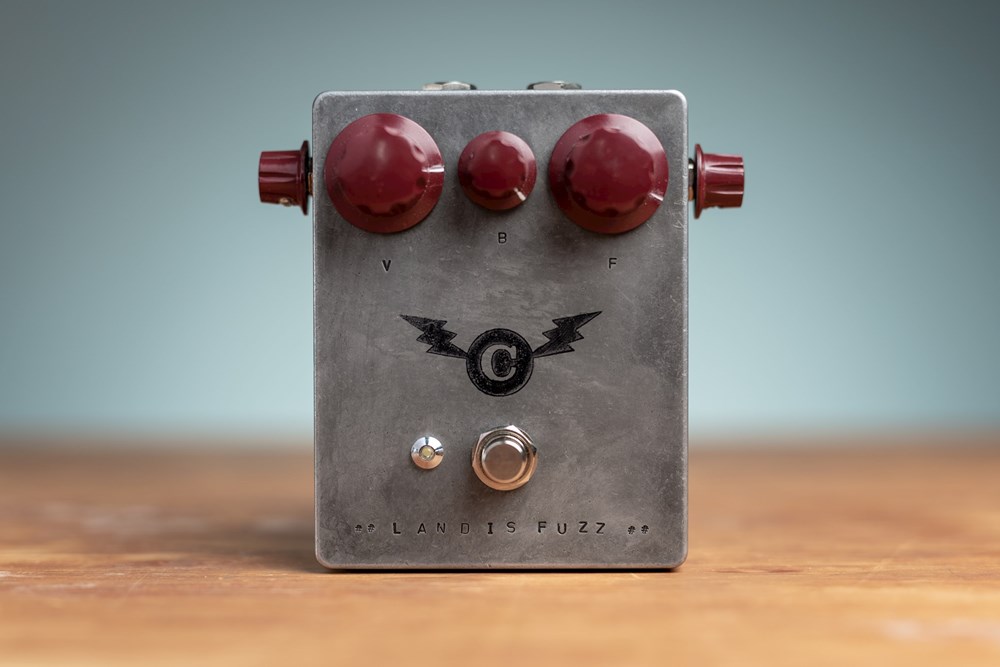 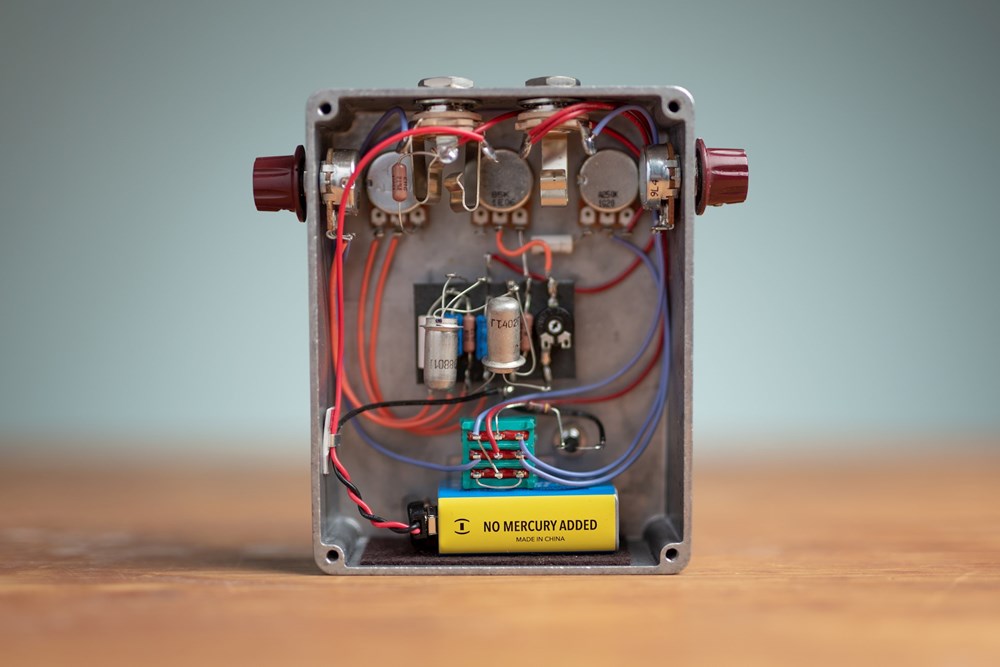 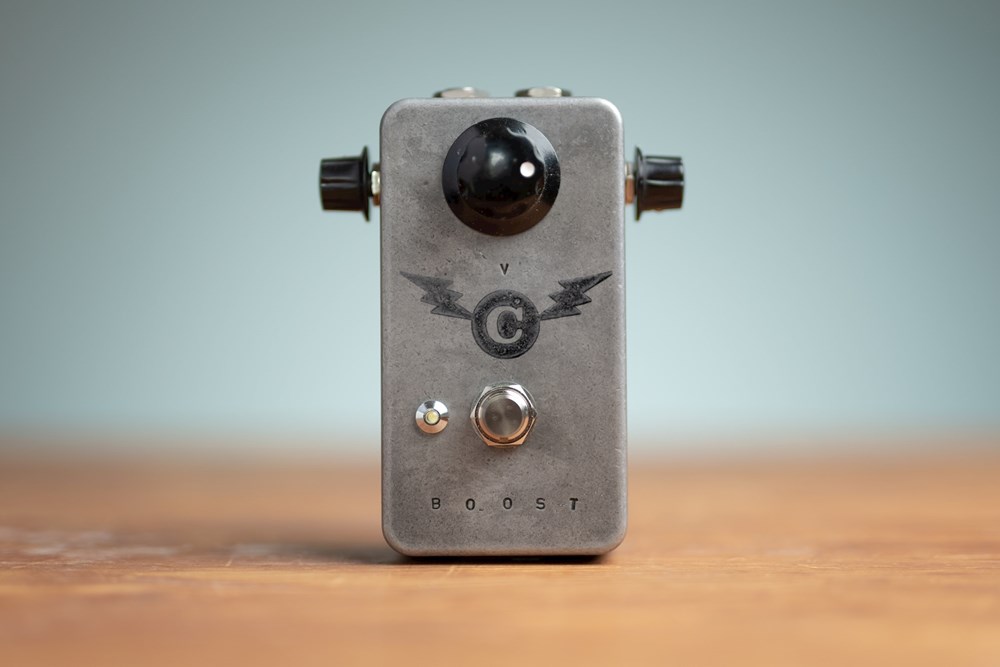 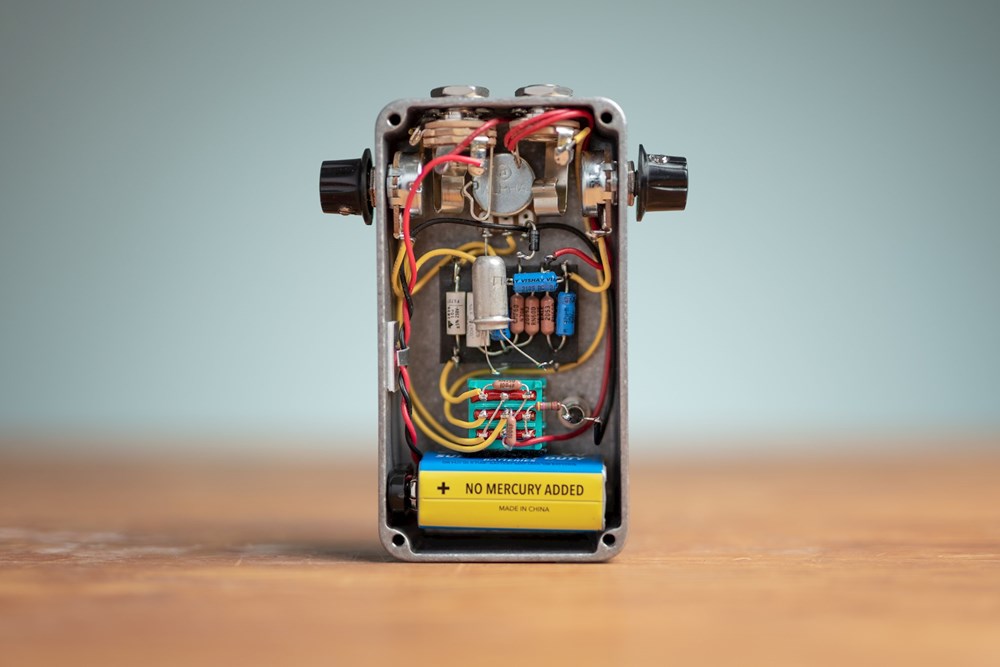 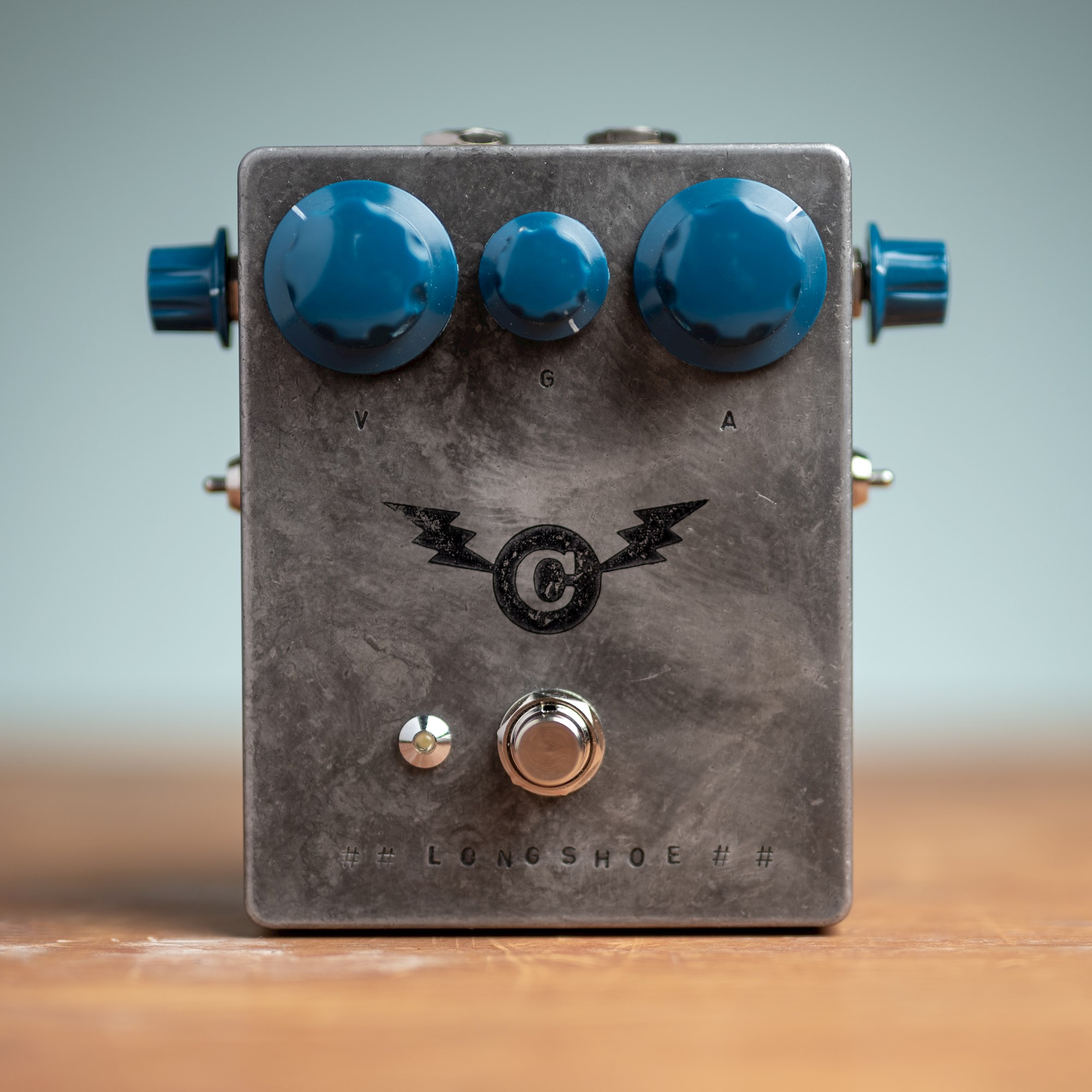 A Tone Bender Mk 1/type fuzz
We really like the Mk 1 Tone Bender.  Like, really like it. It's raw, simple, has lots of treble/midrange bite and gobs of volume on tap. The Mk 1 blurs the line between fuzz and distortion and that's why it's awesome.

We added some things
It started when we added a control for the gate, but not an "on/off" switch, we wanted the in-between sounds. Then we thought it would be nice to have a pre-gain trim so you could control how "bloomy" the fuzz gets (or not) when hitting it hard, or with higher output pickups. To help shape the treble response, we added a tone control and high-cut switch. This helps us to be friends with a bunch of different amps, regardless of how bright or dark they were. To finish it off, there's a Mk 1/Zonk input cap switch (Spectrum) that's pretty ubiquitous in these style builds. 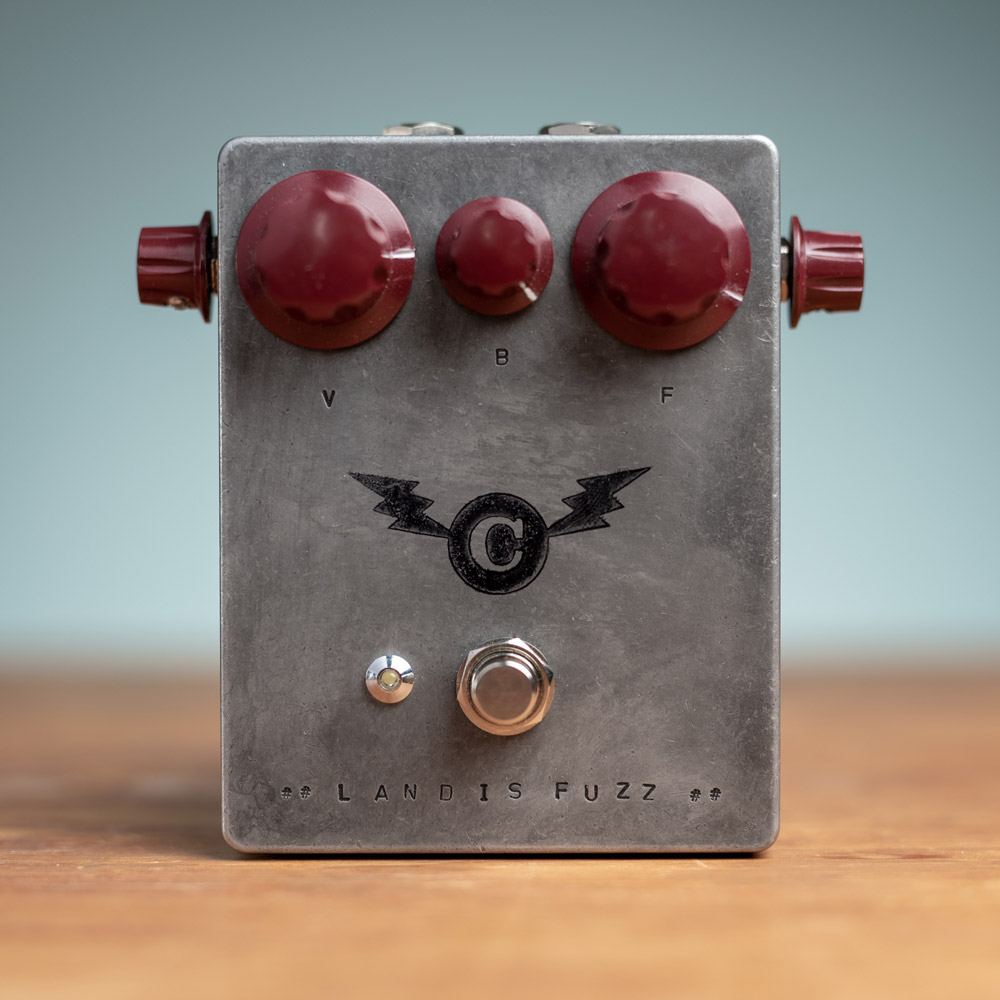 The smiley-face fuzz made popular by, well, everyone
From Hendrix to Gilmour, from Eric Johnson to Marc Ford. The sound of a good FF is hard to beat, but here's something people don't tell you about them -- they're more like instruments than effects. It's a cooperative effort and it takes work, but it's super rewarding when you make friends with one.

Our take on this classic two-transistor fuzz
Nothing crazy or out of the ordinary.  Like a lot of people's offerings, we added to the control set to increase flexibility with different guitars and amps. A pre-gain input trim to control how hard you hit the fuzz, a bias knob to find the sweet spot, and a range control to sculpt the appropriate amount of low-end, before the fuzz. A simple but effective accomplice in all things guitar (or bass, or keyboard). 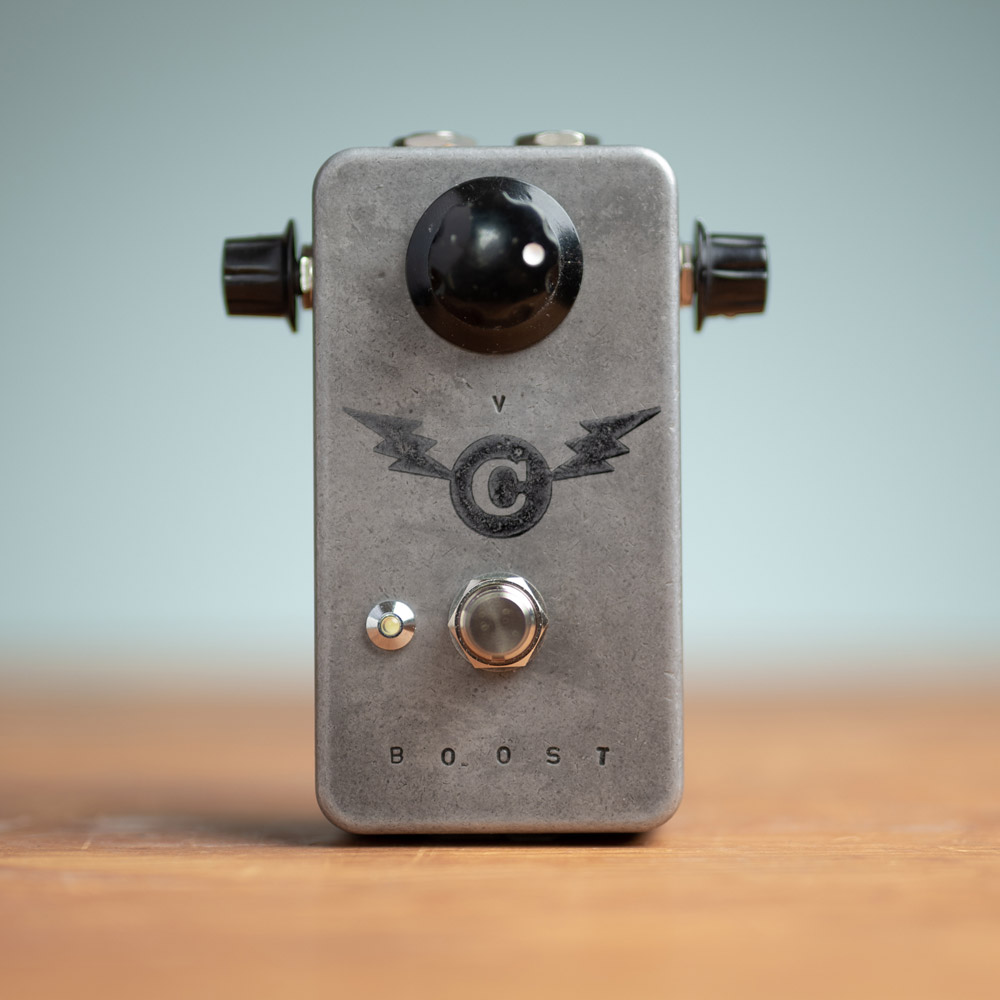 How can a handful of parts be so versatile?
A treble boost is a great way to add a dirty channel to an already great sounding tube amp. A must-have for any guitarist, more-so if you love rock guitar. It's a classic for a reason.

Let's throw in some extra knobs
The big one sets the volume, and since we had the room (and because our other pedals have knobs on their sides) we added two more. One to dial in the amount of low-end (Range) and another for setting the overall gain (Saturation).